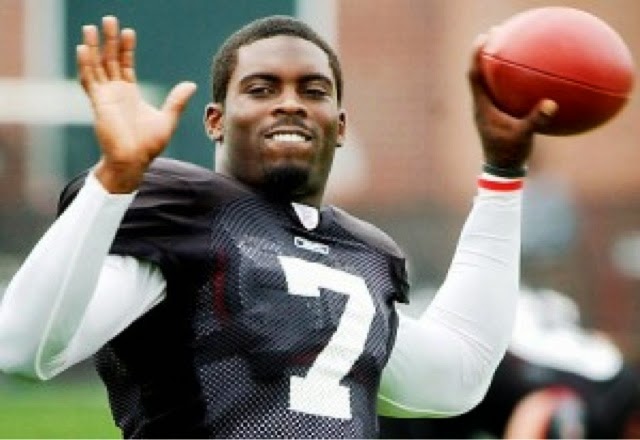 The 2014 offseason in the NFL featured a number of changes in scenery for notable players. These offseason moves have most notably bolstered the outlook of the upcoming Broncos and Patriots upcoming seasons as well as dramatically improving the Buccaneers chances of a going over .500. Even the Browns look as though they'll have a ferocious defense, matching the prowess of their AFC North rivals. However, as much fun as all that is, this post is not about the aforementioned teams. It's about the two biggest moves of the entire postseason to the brightest lights of America. That's right, what's old is new: Michael Vick and Chris Johnson are headed to New York and the Jets are headed back to the postseason.
Now if you follow football, you may think one of two things: no, you're stupid or no, those two guys used to be good and aren't anymore. I think all of that is fair; however, one could easily make the case that even if Geno Smith was under center, the Jets have a chance at clinching a wild card berth. He's not the best of quarterbacks, but he improved quite a bit along the way in his rookie campaign, leading the Jets to an 8-8 record and second place in the AFC East. Writing this post, I'm assuming that the 2014 Jets will have an improvement at the quarterback position, whether it's with Smith or Vick at the helm.
Michael Vick, who will be 34 at the start of the season, is far past his prime. Defenses have been rattled by him during his years with the Falcons and at the start of his tenure with the Eagles. However, teams now know what to do with Vick: pressure. The former Hokie has never faired well under blitzes and pressure packages while in the pocket, but Vick's true weapon is escaping containment and gaining yards on the ground. Vick's speed and escapability brings about another concern: injuries. With a year of sitting on the bench, the dual threat quarterback should have relatively fresh legs, but I don't think he'll survive the season. By the time he's forced out, he'll already have the Jets in playoff position. When he finally is demoted and Smith is promoted to the starting job, Geno will have had the time on the bench to truly grasp and learn the game.
So why would I be writing this post if I don't think Vick, the quarterback hauled in by the Jets, won't even survive a season? The truth is, he's not what makes the Jets dangerous. The defense is stout, but the true addition will line up five yards behind Vick. 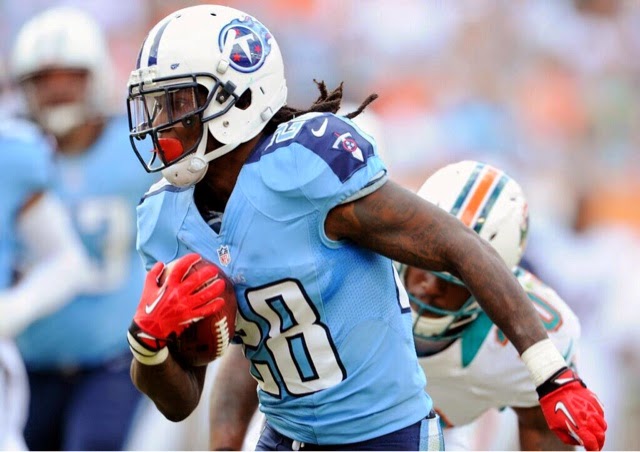 The best acquisition of the New York Jets offseason is Chris Johnson. Simply put, he is most everything you'd want in a running back. Consistency. Speed. Physicality. Elusiveness. Strength. Chris Johnson is all of that. The former Eastern Carolina University running back has rushed over 1,000 yards in each if his first six seasons in the league. I personally don't think that there's a whole lot more you can ask from any player in the backfield. Surely, he didn't carry himself well with the media and New York has the biggest media exposure in America, but if he can be productive without becoming the main feature of the team, Chris Johnson will flourish. The defense already has to worry about Vick running on them, which will place a linebacker in containment, providing plenty of room for Johnson to have cutbacks and big plays.
So is there reason for optimism in the Big Apple? Most certainly. Can the Jets make something out of a berth to the postseason? That remains to be seen. To put it into perspective, Mark Sanchez managed to get the Jets to the AFC Championship game in his dirt two seasons. The defense was much better; however, it is still a quarterback driven league is what Sanchez did was impressive. Ultimately, Vick is better that Sanchez and Geno Smith has potential. The true difference maker for the 2014 Jets will be the explosiveness of Chris Johnson. It should be an interesting season.
Posted by fan-addict at 9:04 AM 0 comments

Email ThisBlogThis!Share to TwitterShare to FacebookShare to Pinterest
Labels: NFL

Milwaukee, You're Better Than This

Opening Day is unlike any other. Its festivities hold hope and promise for the new season. Anything can happen. The Chicago Cubs can capture their first World Series since 1908. The Boston Red Sox can win their fifth title in a decade, brushing aside a history of futility. The New York Yankees can once again prove that money wins championships by capturing their 28th World Series. Bottom line, anything can happen.

While the sun on the Opening Day of Major League Baseball can wash away so many memories by offering promise, certain demons cannot simply be forgotten after an offseason. The Los Angeles Angels have yet to return to the postseason despite having an absolutely loaded roster. The Toronto Blue Jays followed offseason hype with a terrible and dissapointing season. And Ryan Braun is still Ryan Braun.

Ryan Braun is the star player for the Milwaukee Brewers. Braun, a former NL Rookie of the Year and NL MVP, has slugged the Brew Crew into the postseason in 2011, but the team hasn't been able to duplicate its success. The outfielder was welcomed by a warm, standing ovation after he took to Miller Park for the first time since an ugly suspension that ended his 2013 season early. Shame on Ryan Braun and shame on any Brewers fan who put their hands together for Braun.

Now, why the harsh stance? You may recall Braun has been associated with a scandal involving Performance Enhancing Drugs (PEDs) and a Biogenisis Clinic. When asked about his involvement with PEDs after the 2011 Postseason, Braun strongly denied that he ever used PEDs. He added that he was willing to bet his life that the substances never entered his body.

Well, if his word was any good, Ryan Braun would be a dead man.

As it turns out, Braun is a pathological liar since he actually used PEDs a number of times. What gave Braun such confidence to say he never used the drugs was because the sample that was initially used to test him was mishandled to a degree. However, the truth (the actual truth, not Ryan Braun's version of the truth) is that the outfield slugger is and always will be a cheater. He even managed to cheat the system by choosing to drop his appeal for a ban for the rest of the season after the Brewers' season turned out to be a lost cause.

Enter Opening Day, 2014. While the rest of Major League Baseball is ready to boo and jeer at number 8 when he steps into their batter's box, Milwaukee gave him a hero's welcome. Why? Do they not have any sports coverage in Wisconsin? Well, obviously because they are convinced that Green Bay, WI is Titletown, USA; that you can win a college basketball championship with just white players; and that Ryan Braun is returning from the Heroes' Journey. That's got to be it. Joseph Campbell couldn't have created a better story to fit his frame of the generic hero: Ryan Braun, the Messiah of Milwaukee. The Brewers' hero is great, but hardships present a change and he must leave. While in exile and paying his penance in the land of Florida, the hero discovers something, the elixir to great power and strength. Upon his return, he becomes an even greater hero with his newfound strength, willing the Milwaukee Brewers to the promise land. That must be why Milwaukee fans are so excited to see him again.

Well, here's the thing Milwaukee: I know that recently this fan base came close to tasting the ripe fruit that is a National League Pennant, but do not stoop to the level of a crook, a villain, a liar. Ryan Braun can hit with the best of them. Great. He wants to improve. Good for him. He took PEDs to improve. That happens, people do that. If that was the end of the story to this point, perhaps Braun could be forgiven and everything would soon be forgotten. However, that's not what happened. Through this whole fiasco, we have all learned a little bit about Braun himself. In fact, we have learned a lot. Here is a man who blatantly lies to his fans as well as himself. He could probably convince himself that the Brewers are better than the Cardinals. Anyhow, the Braun situation has told us all too much about his true character. We were all here to see the story unravel, and for that, shame on you Milwaukee. You should be better than this. Just know that the face of your franchise would lie to you, right in your face. Keep that in mind next time you down a Miller Lite to wash away the sadness of yet another Brewers' loss.