Which is better in the world of Sports: Left or Right?

Who's better: Lefties or Righties? That question has always bugged me, whether it's from watching the Rocky movies or wondering why Matt Leinart was so bad. Personally, I was born ambidextrous so I could never decide which hand was better, but I had to stick with the right hand because of an accident and Bible school teachers. Historically, the left hand was never seen as a good thing, whether for spiritual reasons or cause it was just the weaker arm. Anyways, that's besides the point because we all know that there are some dominant lefties in the world of sports, which leads to my question: are lefties better athletes? Some people believe that lefties are more artistic and maybe even smarter, given that Barack Obama, Bill Gates, Bill Clinton, and Opera Winfrey are all left-handed. Here's a look at some of the more dominant lefties in the world of sports:

Left-handed fortune for football: Being a left-handed QB will make you a good runner, rather than a good passer. You'll get you many wins, but no one will like you. 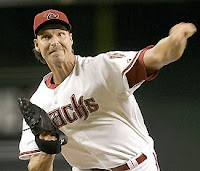 Left-handed fortune for baseball:  Avoid tossing lefty if you're a pitcher, but if you're a slugger, switch to the left side for contact. Again, all of these left-handed athletes weren't likeable guys.

Left-handed fortune for basketball: It's different and you'll have some success, but it doesn't make you more talented than right-handed players. Once again, none of these guys are liked.

Overall, the left-hand may present issues for your opponents in all of these sports since both football and basketball defenses must adjust to the different hand, but that advantage stops once the opponent gets used to defending the opposite arm. Baseball, on the other hand, has quite an advantage for left-handed batters. Unlike the other two sports, it is relatively easy to force yourself to bat left-handed, which is probably why there are so many left-handed or switch hitters. Whether or not your handedness affects how you behave or how people behave towards you hasn't been scientifically proven yet, so that's for another article. Baseball has a true advantage for lefties whereas football and basketball have little to no advantage for the left-handed athlete.