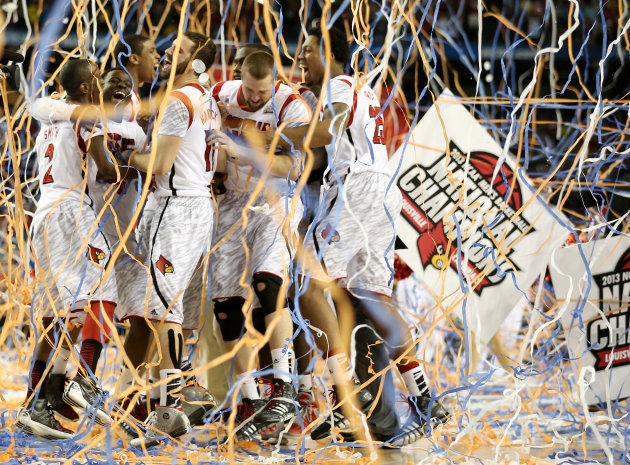 Congratulations to the University of Louisville Cardinals Men's Basketball Team for winning the 2013 NCAA Div. I Men's Basketball Championship. Watching this tournament was a treat and watching this finals match-up of the Michigan Wolverines and Louisville Cardinals was a pleasure. Both teams deserved to be in this spot and both teams were a part of a special championship game. Louisville won this game, but let me tell you, Michigan did not help themselves. Earlier this month, I saw a graphic of the Final Four coaches. Boeheim and Pitino are obviously solid; however, the coach that had the most concerning credentials was John Beilein. The team that he has is extremely talented, but extremely young. He is the one that needed to be the "X-factor", but the key decisions that he made during the final did not help his team out. The NCAA Player of the Year, Trey Burke of Michigan, was taken out of the game early by Beilein after he picked up his 2nd foul. Burke's absence was the reason Louisville was able to come back from a double-digit deficit and change the course of the game. A player like Spike Albrecht could only do so much for the Wolverines during his little shooting spurt, but experience counts on these national stages. Michigan could have won the game, but the sports gods smiled upon Pitino and his Cardinals. They wouldn't be stopped and they Won for Ware. Great game. Well deserved title to the Louisville Cardinals.