No. 2 Buckeyes outlast the Fab-less No. 1 Orange for a trip to the Final Four 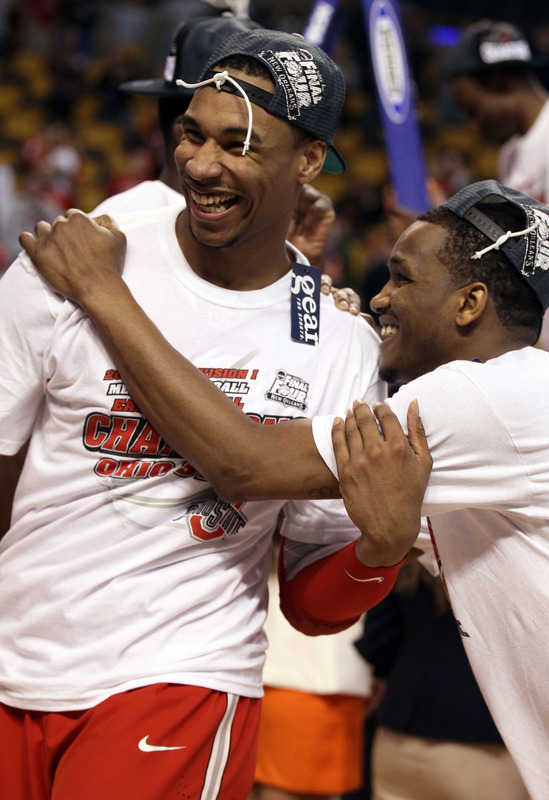 When I began to fill out my bracket, I was like "that team can't beat Ohio State, that team can't either, Nah that team won't beat the Buckeyes..." and then I saw Syracuse... But things quickly changed once Syracuse lost Fab Melo for the tournament. This fabulous opportunity that awaited them in March was Fab-less, and the Buckeyes made them pay for it. Jared Sullinger was going to have a big game, there was no doubt about that, but Scoop Jardine was also gonna have a big gmae. Once Sullinger sat out for most of the first half due to foul trouble, things looked bad for Thad Matta's group. But that didn't Matta. They hung in there and once Sullinger came in for the second half, he dominated the glass for 14 second half points which led to a Buckeye run that iced the game, 77-70. 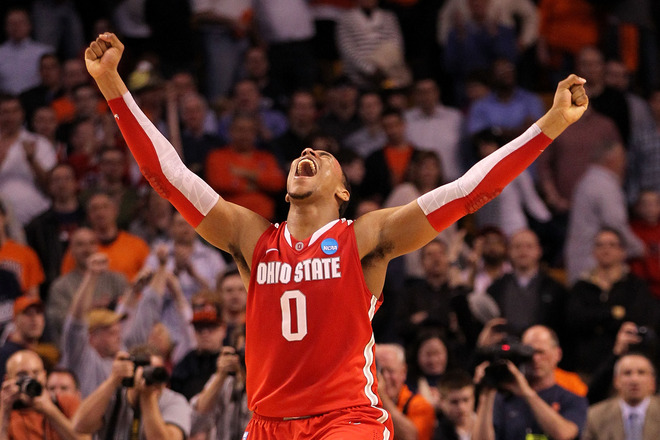 No. 4 Louisville rallies against the No. 7 Gators for the right to go to New Orleans 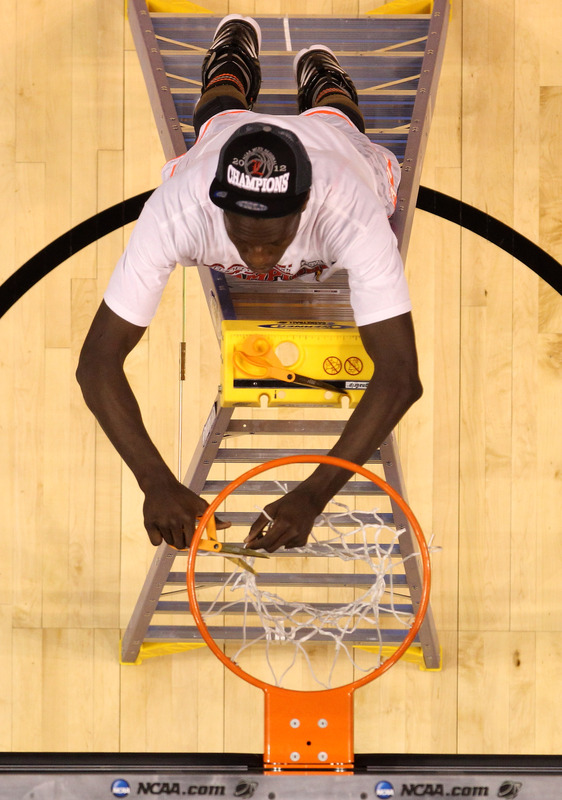 The teacher beat the student for the 7th time in the Pitino- Billy the Kid match up. However, the Donovan led Gators had a major choke-job as they allowed the Cardinals to rally late in the game. It was a close game for most of the first half, then Florida ran away for an 8-point halftime lead. Florida never panicked even as Louisville went on a few short runs to cut into the lead, but they could not buy a bucket and Louisville took advantage by taking the lead with a minute to go and the first Final Four spot by winning, 72-68. 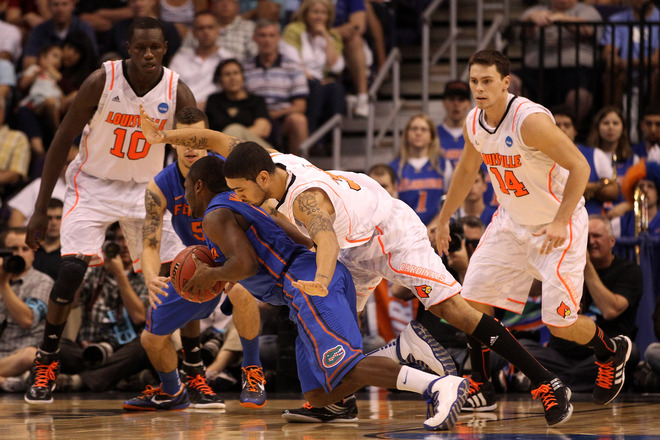